You are warmly invited to join us as we welcome 'Fafetu' to Whangārei Art Museum on 27th February at 1pm.

‘Fafetu’ is a major exhibition of work by Tuvaluan master artist Lakiloko Keakea, including 40 new works made between 2016-2018.

This is the first major solo exhibition of Lakiloko’s work building on a practice of over five decades and is accompanied by a number of papa (plain mats) created by West Auckland based women’s group Fafine Niutao i Aotearoa of which Lakiloko is a member of.

‘Fafetu’ is curated by Malama T-Pole, she is an advocate for Tuvalu art forms and a member of the Niutao Community Trust. The touring exhibition is presented by Objectspace, Auckland. 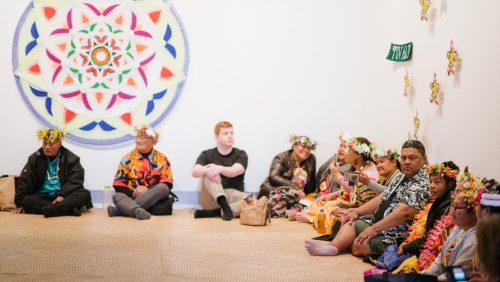