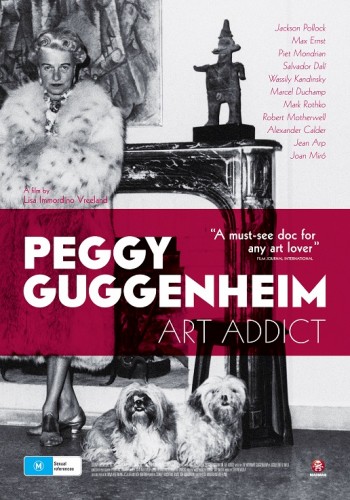 A colourful character who was not only ahead of her time but helped to define it, Peggy Guggenheim was an American heiress who became a central figure in the modern art movement.As she moved through the cultural upheaval of the 20th Century, she collected not only art, but artists.

She was wealthy, but by no means the wealthiest of the Guggenheims. She preferred the bohemian world to high society and had a good nose for where in the world the most exciting work was to be found.

She was personally awkward, but sexually adventurous, something she flaunted to widespread amazement and dismay in a scandalous memoir.

PEGGY GUGGENHEIM: ART ADDICT is a compendium of the greatest 20th Century art mixed with the wild and iconoclastic life of one of the most influential and powerful art collectors in history.