The Whangarei Art Museum is excited to welcome our new CE Kathleen Drumm. 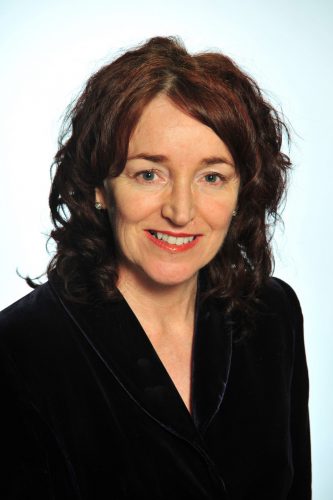 The iconic nature of what will soon be New Zealand’s newest art gallery has lured home a globally influential arts executive, after ten years abroad.

Kathleen Drumm is leaving her role as Industry Director for the Toronto International Film Festival (TIFF), to lead Whangarei’s HUNDERTWASSER ART CENTRE with Wairau Māori Art Gallery, and the Whangarei Art Museum. She will take up the role of chief executive in early June.

Kathleen has spent most of her working life in the film industry – in New Zealand, Australia and Canada. In her current role she oversees TIFF’s annual marketplace, which attracts thousands of executives, media and filmmakers from the global film industry. As a programmer, she leads TIFF’s professional, project and artistic development for screen creators, year-round.

“I am excited to return to New Zealand to join this ambitious project, which offers Whangarei the opportunity to become recognized both as a major regional arts centre, and as an essential part of the growing arts tourism circuit”, Kathleen said.

“The building and its surroundings will be unique, as a living expression of Hundertwasser’s idiosyncratic vision – combining art and architecture with his passion for ecological sustainability. Exhibitions from renowned, contemporary Māori artists at the Wairau Māori Art Gallery, will make the visitor experience all the more distinctive and memorable.

“It will be an iconic landmark on a grand scale unlike anything ever seen before in New Zealand. I am confident it will become both a taonga for the region of Northland, and a significant destination for international visitors,” Kathleen said.

The Hundertwasser Art Centre with Wairau Māori Art Gallery is due to open in late 2020.

TIFF is considered one of the world’s most influential film festivals – and is the biggest such public event, attracting over 650,000 people annually.

Prior to her role at TIFF, Kathleen was Head of Marketing at Screen Australia in Sydney and before that led international sales and marketing for the NZ Film Commission in Wellington.

About the Hundertwasser Art Centre with Wairau Māori Art Gallery
The Centre will be the last authentic Hundertwasser building to be constructed in the world. Originally designed by the Artist himself and placed on the exact spot he chose in Whangarei’s town basin, the building will be multi-faceted and multi-functional, with a gallery of Hundertwasser’s work along with a contemporary Māori Art Gallery in keeping with Hundertwasser’s wishes. The project was made possible through a mix of donations, community fundraising and local and central government funding. It’s estimated that the Hundertwasser Art Centre will attract many thousands of visitors to Whangarei, driving economic growth for the region.