This exhibition was inspired by the work of Freda Simmonds following the generous gift of the Chris Simmonds family to the Whangārei Art Museum. 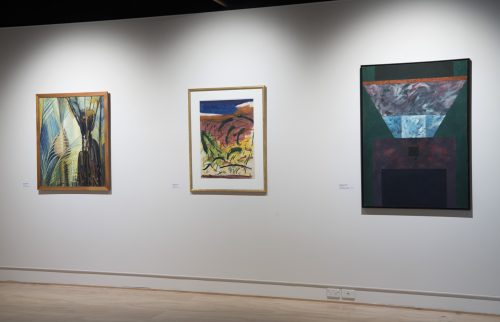 Freda Simmonds began her artistic career after moving to Kaitaia in 1946. She saw painting as a form of communication, believing that “paintings should speak for themselves.”

“The Group” was an informal association of artists who contributed greatly to the development of New Zealand art in the 20th century by providing artists with the opportunity and encouragement to experiment.