This selection from the estate of nationally acclaimed textile artist Malcolm Harrison is a wonderful insight into the extent of his practice. His achievements in the areas of quilting and embroidery are well known; however, this collection illuminates the breadth and depth of his skills and interests. It showcases his finely developed craftsmanship across numerous genre – painted works on paper, small sculpture, assemblages, poetry, illustrations and the writing of children’s books. Alongside this; sketch books, designs for future works and works in progress give a fascinating insight into the workings of an artist. 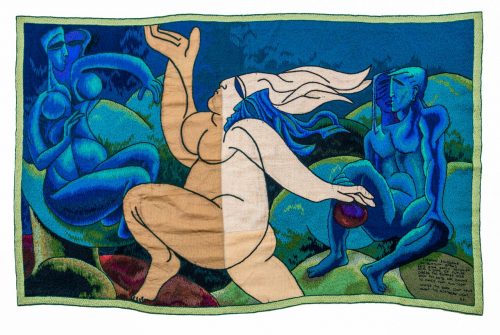 Worked in fashion design in Auckland,    initially for designer Colin Cole before opening his own boutique Jasper Johnson’s Jamboree

Represented New Zealand at the Fibre Triennial in Lodz, Poland

These are Matters of Pride and Whanaungatanga (Relationships), commissions for New Zealand Parliament Buildings in Wellington

Died aged 66 in his Waiheke home

Open and Closed Spaces, a tribute to his late father, commissioned by Te Manawa Museum of Art, Science and History, toured from Auckland to Invercargill